A Hobby on the Limits of Imagination: Model Train

Apart from the things we have to do in our normal lives, sometimes we are only interested in activities that bring us happiness and pleasure. This type of occupation, which we define as hobbies, not only helps the person to relax, but also adds pleasure, pleasure, and color to our lives by helping them to get to know themselves. We open a nice window to ourselves by getting away from the stress of daily life. Many studies prove that 38% of unhappy people are not interested in any hobby.

One of these good pursuits is the Model Train hobby, where the enthusiasts are increasing day by day.

Model Train hobby; It is the modeling of trains, wagons, rails and many objects around the railway on a reduced scale. This concept is used as “Model Railroading” in America, “Railway Modeling” in England, “Model Eisenbahn” in Germany.

Scale models made; It includes locomotives, wagons, rails, signals, roads, other vehicles, lights, and figures, as well as mountains, lakes, woodlands, bridges and tunnels built for modeling any area.

Many people around the world practice this hobby at different levels. Every related activity, from playing with a train set to large modeling called diorama, falls into the definition of this hobby.

Modelers do not only design trains, but also design buildings related to trains, nature, and the city with their imaginations, and run railway operations in their own fiction.

In fact, they are so assertive in this business that there are even major institutions that set the standards for model trenching. One of them is NMRA (National Model Railroad Association), the largest organizational institution in this field in the world, although it is mainly based in North America. Another institution is the Swiss Bern-based European Model Railways and Railway Friends Association MOROP. The main focus is to set European standards (NEM – Normen Europeeischer Modellbahnen) in Model Trailing. It has been working in cooperation with NMRA since 1994.

Model trains are made from real prototypes, not from a fictitious model, and they have reduced versions of real trains to a certain extent. The generally used scale is 1/87. But there are Model Train scales as 1/48, 1/32, 1/22.

Although the outer parts of the model trains are plastic, they are heavily designed for good road holding and carrying the wagons comfortably. The chassis and wheels of the train are made of metal and there is an electric motor inside that provides the movement by flowing power to the wheels.

Model trains usually work with electric motors, although there are also steam-powered types, although limited. Water is put into steam model trains, boiling water comes to the pistons and provides the movement like a normal steam train.

As with any job that requires design, imagination is very important in model train hobby. You can completely build your dream city. You can do this in a diorama with new pieces over time, or you can prepare it in a computer environment with special programs. You can run your trains by preparing what will be where, where the road, where the hill, where the forest is, in a virtual environment and then implement this plan.

Apart from the trains, rails, wagons you will use in the design, trees, houses, people, cars, station buildings, etc. It is sold in the market as ready-made or as kits that you will combine and make. But if your hand skills are advanced, you can design yourself from scratch.

When the model train hobby is first started, a small set can be purchased and expanded with new parts over time. A small set includes oval rails, switches, trains and freight cars. There are two types of rail systems generally used. One of these systems, known as double and triple rail systems, is alternating current and the other is direct current (battery) systems and is different from each other. The speed of the trains, whether analog or digital, can be controlled with remote control and speed adjustment can be made by selecting the train to be moved.

Although the model train hobby may seem like an expensive occupation at first glance, it is possible to complete a fiction created by allocating small budgets over time, as it takes months or even years to complete.

The world’s largest model train installation was made by two brothers living in Hamburg, Germany. The embankment, which cost about 12 million dollars, includes an 8-km railway on which 700 trains travel. This project, named “Miniature Wonderland” by the German brothers Frederick and Gerrit Braun, covers an area of ​​1150m2. The project, which they started to work on in 2000, today includes 700 trains, 10 thousand wagons, 900 signal lights, 2.800 buildings, 160.000 people, animal and plant models.

The model train is a hobby that is made with intensive labor, but in turn, rests the soul, works your body and brain differently and contributes to your life energy. It provides a wide range of knowledge from carpentry to architecture, from painting to painting, from electricity to mechanics.

It must be quite enjoyable to travel to freedom and adventure with your own train in the world you have established yourself.

Days with lots of wagons … 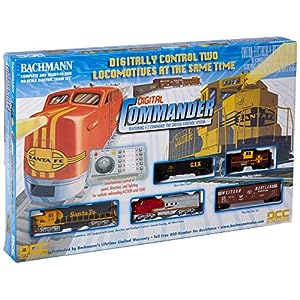 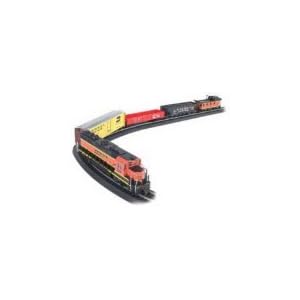 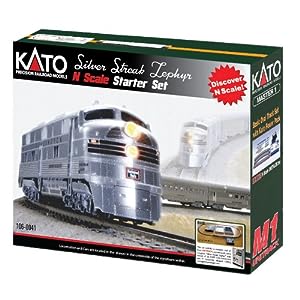