The story: The success story of the P-51 began in 1940 when the British Procurement Commission, which was responsible for purchasing American weapons, asked North American Aviation Company to produce the Curtiss P-40 under license for the British demand for fighter aircraft allowed to. North American was already planning an improved successor, the NA-73. The British ordered 320 pieces, which were later increased to 620 copies.

The clients introduced many improvements to the new aircraft type. Due to these improvements to the NA-73 and despite the same engine as the P-40 Curtiss (Allison V-1710 V piston engine), the NA-73 – referred to by the Royal Air Force as the Mustang I – was considerably faster. But it quickly became apparent that the Mustang the Americans called the type P-51 A because of the weak engine at high altitudes could not be used as a fighter aircraft.

After the first combat missions in May 1942, the early model was used as a fast fighter-bomber and as a reconnaissance aircraft at low altitudes. Again the British came up with the idea of ​​installing the much more powerful Rolls-Royce Merlin high-performance engine in the Mustang. This engine made the Mustang one of the best fighters of the Second World War and a legend. The Merlin engine was installed in the British from the Mustang II. For the Americans from the P-51 B u. C version.

The US Air Force in particular benefited from this aircraft. It had an enormous range that was increased with additional tanks. This enabled the American bombers to fly deep into Germany and back under fighter protection. It also made a name for itself as a fighter aircraft, as it was equal to or even superior to any German fighter aircraft.

From 1944 an improved version of the P-51 D appeared over Europe. A noticeable feature of the P-51 D was the bubble hood which gave the pilot a very good all-round view. Even after World War II, the P-51 was still used in many countries. For the Korean War, the P-51 D were reactivated, provided with bombs and missiles, and used as fighter-bombers. Here, however, they suffered great losses from flak fire. The now called F-51 machine was still built-in versions H and K and was used by the Air National Guard of the United States. Many specimens are now in museums or in the hands of private users and you can still admire them in flight.

The kit: I finally hold the box, the Tamiya P-51 D in 1:32 scale in my hand. After opening the large cardboard box, my expectations were met. A great kit!

15 injection molded frames with hundreds of finely detailed components. The motor covers are packed in a break-proof cardboard box. In a narrow slip box, there are transparent parts – including three different cockpit hoods – two etched part boards, a bag with small screws, nuts, and the obligatory small screwdriver. There are polyps in another bag. Axes for the mobility of the rudders and flaps should of course not be missing.

And now the highlight. There are small round magnets in a small transparent bag. They hold the engine covers in place. These can then be easily removed and reinserted. Other assemblies also benefit from the magnets.

The Merlin engine alone is a feast for the eyes. The assembly of the piston engine alone devours 6 construction phases. It continues with the cockpit area. Since the kit allows the construction of three versions of the P-51 D, an early P-51 D and two later versions of the Mustang, the matching instrument panels are of course included. A transparent part is glued into it and an instrument decal on it. The impression of glazed fittings is perfectly reproduced. Tamiya has also thought of the matching seats for the early and late versions. The seat belts are included in the kit as etched parts. The cockpit area has been accurately staged down to the smallest detail. Every switch and lever has been thought of. The cockpit is almost too good to be built into the fuselage. So, take plenty of photos during construction.

As already written, all rudders and flaps can be made movable by metal axles. The landing gear can also be displayed as retracted and extended. It has been reproduced very well. The brake lines should not be missing either. The rubber tires have a nice profile.

The armament of the P-51 D consists of six Browning 12.7 mm machine guns which, as a model, consisting of two halves that are glued together. The ammunition belts are unfortunately only stamped in the ammunition feeder, but that’s okay. The gun bay can of course be opened. Either you leave the maintenance flaps in one piece or cut them apart like the original.

The two variants of the additional tanks are included as external loads. The teardrop-shaped 75-gallon tank and the zeppelin-shaped 108-gallon auxiliary tank. The original was made of cardboard and special paint. They were inexpensive but only held for one use. The 75-gallon tank was made of aluminum and was dropped in aerial combat to reduce the air resistance of the P-51. Since this mostly happened via Germany and the German armaments industry suffered from a shortage of materials, especially when it comes to metals, the Americans wanted to avoid the enemy getting cheap aluminum.

This model of the P-51 D also comes with a masking sheet for the cockpit hood. The masks are cut out individually. A suitable stand is included for presenting the model of the Mustang in flight. It’s a shame that the Mustang cannot be stowed in the box like the Zero A6M2b for better transport of the model. That was a brilliant idea!

Painting, decals and building instructions: three P-51Ds can be built.

For the P-51 D “Blondie” there is also a color print in A3 format. As a bonus, there is also a protective cover in A4 with the cardboard cover of the Blondie machine. As with the Spitfire models, the Mustang comes with a small brochure in English and Japanese. With interesting museum pictures of the P-51 D (detailed photos) and side views of the P-51 A to P-51 K.

Conclusion: There are certainly from other Asian model manufacturers, also good P-51 models in the large 1:32 scale. But if you want to call a special P-51 D your own, you can’t avoid the excellent Tamiya model. Attaching the covers with magnets is just awesome.

There is a new Japanese model manufacturer, the Zoukei-Mura company, which has made a name for itself with the models of the Ta 152H-1 and the Japanese experimental aircraft Shinden in the 1:32 scale. This company will also bring out a P-51D. The only question is what can they do better.

Unfortunately, Tamiya P-51 also has its price. This will be well over 100 euros. But it’s worth it! 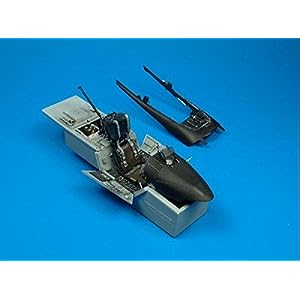 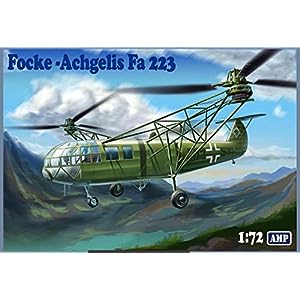 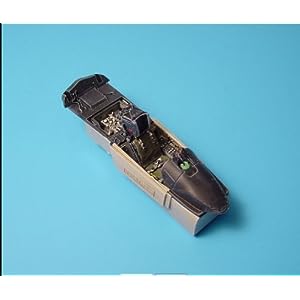 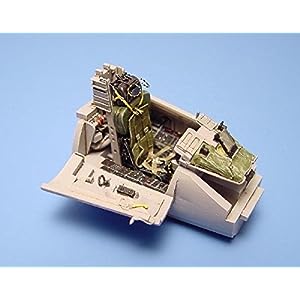 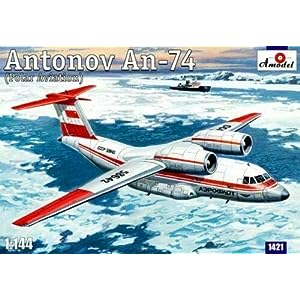 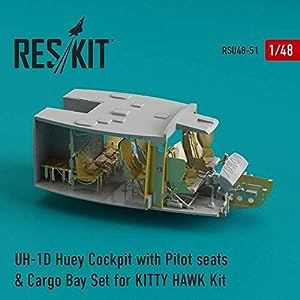 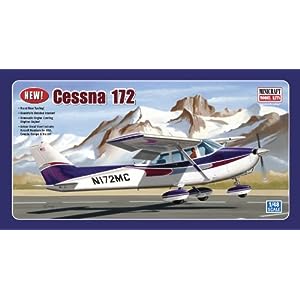 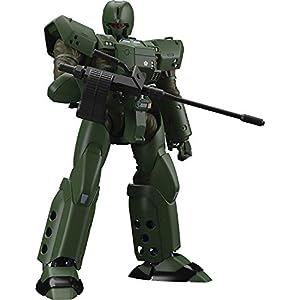 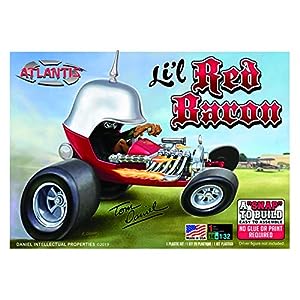 Visit the Atlantis Store
$20.08
Made in USA Its a SNAP to build Officially licensed with Tom Daniel.
Add to wishlist
Add to cart
Quick view 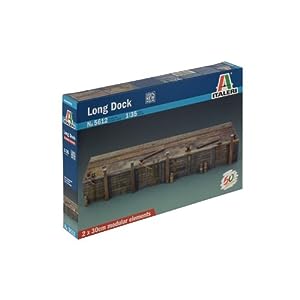 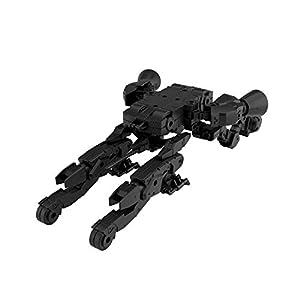 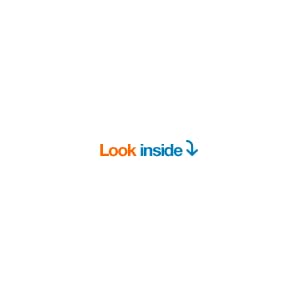 $10.99
NATIONAL BESTSELLER"If you loved the movie, you will love the real story in the book." -- Fox & FriendsOn the 50th anniversary of the creation of the "Topgun" Navy Fighter School, its founder shares the remarkable inside story of how he and eight other risk-takers revolutionized the art of aerial combat. When American fighter jets were being downed at an unprecedented rate during the Vietnam War, the U.S. Navy turned to a young lieutenant commander, Dan Pedersen, to figure out a way to reverse their dark fortune. On a shoestring budget and with little support, Pedersen picked eight of the finest pilots to help train a new generation to bend jets like the F-4 Phantom to their will and learn how to dogfight all over again. What resulted was nothing short of a revolution -- one that took young American pilots from the crucible of combat training in the California desert to the blistering skies of Vietnam, in the process raising America's Navy combat kill ratio from two enemy planes downed for every American plane lost to more than 22 to 1. Topgun emerged not only as an icon of America's military dominance immortalized by Hollywood but as a vital institution that would shape the nation's military strategy for generations to come. Pedersen takes readers on a colorful and thrilling ride -- from Miramar to Area 51 to the decks of aircraft carriers in war and peace-through a historic moment in air warfare. He helped establish a legacy that was built by him and his "Original Eight" -- the best of the best -- and carried on for six decades by some of America's greatest leaders. Topgun is a heartfelt and personal testimony to patriotism, sacrifice, and American innovation and daring.
Add to wishlist
Add to cart
Quick view
Tags:
Model Kit Review, North American P-51D Mustang, Tamiya 60322 - 1/32
Facebook Twitter Email Pinterest linkedin Odnoklassniki WhatsApp WhatsApp VK Telegram
Newer Vallejo Metallic Panel Metal Color Set
Back to list
Older Revell 1/32 F/A-18 E Super Hornet Review