The T50 Supercar, recently introduced by Gordon Murray Automative, manages to outshine many vehicles in its segment. The technical features of the vehicle attract attention.

When it comes to supercars, one of the first models that come to mind is McLaren F1. The name under the designs of this vehicle and many other automobiles is none other than Gordon Murray.

Murray later founded his own firm, Gordon Murray Automotive (GMA). The company introduced the T50 Supercar, the car that almost ignored other supercars. Some of the features of the vehicle make it stand out from its competitors.

According to Murray’s statement, this car is not a “car of numbers”. In other words, the aim is to take the fastest lap, reach certain speeds as quickly as possible, not to reach the highest speed. The car aims to provide the best driving experience.

For example, the 3.9-liter naturally aspirated V12 engine produces only 653 horsepower, which is not an impressive performance for supercars today. On the other hand, the Cosworth engine can reach a full 12,100 rpm and is supported by a 6-speed gearbox.

In such cars, the vehicle has a manual gear, which we do not see much anymore. Considering that gearboxes that provide faster shifts are preferred to save time, the car has a very different structure in this sense.

The huge fan in the back draws attention

At the rear of the vehicle, there is also a fan of about 40 centimeters, reminiscent of the old Batmobile. Part of the active aero system, the fan is inspired by the Brabham BT46B Formula 1 car designed by Murray. Thus, while the friction of the vehicle is reduced at high speeds, it also allows the vehicle to stick to the road when braked.

The area where the automobile makes the main difference is weight. Weighing a little more than 1200 kilos, from this point of view, the car is about half a ton lighter than cars like the Ferrari LaFerrari and McLaren P1. Each of these vehicles has more powerful engines than the T50 engine, but none of them compete with the T50 in weight/horsepower ratio.

Only 100 of this magnificent car will go on sale. What’s more, those who buy the vehicle will also have to wait a while to get their cars. Production of the T50 will begin in January 2022 and will cost just over $ 3 million. A track version of the vehicle and a Le Mans version will also be produced. 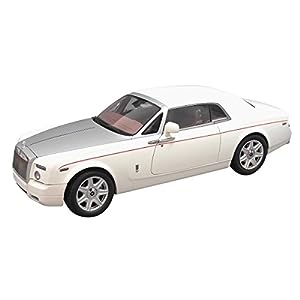 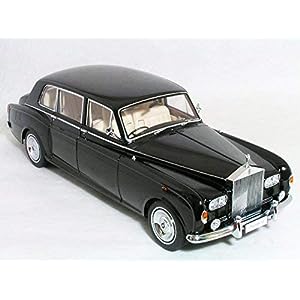 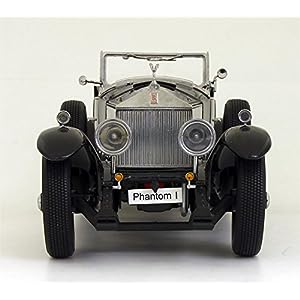 Rolls Royce Phantom I in Black Model Car in 1:18 Scale by Kyosho