10 Most Expensive Cars of Mercedes Benz

10 Most Expensive Cars of Mercedes Benz

Mercedes Benz, one of the most popular manufacturers in the automotive world, has a special corner in the hearts of automobile lovers, especially with its expensive models. We have brought together the most expensive Mercedes Benz cars with their prices and remarkable features.

German automobile giant Mercedes Benz makes a name for itself not only with the cars it offers for sale but also with its concept designs. Apart from the Mercedes Benz C180 or A-Class models that we are used to seeing on the roads, there are also designs at a very high price. The values ​​of these cars, which are offered for sale in a limited number, especially abroad, reach millions.

Going beyond the automobile business, Mercedes Benz makes a name for itself in passenger transportation with its bus designs, Vito and Sprinter models. Even these vehicles have concept models planned to be produced in the future. While we haven’t gotten used to the normal Mercedes Benz price list, the high prices you will see in the list we will transfer in a minute may sound a bit jaw-dropping. If you’re ready, let’s start.

The most expensive Mercedes Benz cars:

Note: the prices are approximate in dollar terms, as the vehicles on the list do not come off the production lines and are mostly special designs. We transferred the prices given in this dollar to the detailed list without making any tax calculations. In other words, these prices are not official prices.

This 2008 model car speeds up to 340 km. It takes only 3 seconds between 0-100. We can say that Renovatio, which uses sharp and sporty lines in its design, almost shows the past and the future together. The fact that more attention is paid to the use of analog rather than digital in console design shows that it contains high-level standards compared to 2008.

It stands out from other Mercedes Benz models in terms of design. Especially if we say the interior design of the car takes it to the future, it would not be wrong. Its exterior design has a style that can attract all eyes on the roads. This concept car, which can speed up to a maximum of 300 km, completes the 0-100 interval in 4.5 seconds. Those who want to buy the vehicle are faced with 4 different engine types. The starting price is around 12 million TL.

We can say that it is a car that we have trouble believing it is real even from promotional videos. It literally takes us to the future. This car, introduced in 2015, has an autonomous driving mode. In addition, the driver draws attention to separate lighting while driving and separate lighting while driving. It can rotate 360 ​​degrees inside the seats of the car. The car with a hybrid engine travels about 1100 km at a time.

The maximum weight of the vehicle with a V8 engine producing 577 hp and 800 Nm of torque is 1384 kg. It would not be wrong to say that this makes it a great sports car. The design of this concept model, which focuses on maximum performance, is also very different from the classic Mercedez Benz models. The model, which was designed almost entirely by hand workmanship, became one of the favorite models of car lovers.

C112, an old high-performance sports car of Mercedes, was a car that managed to become an icon with its features, although it was not similar to other models in its design. The vehicle with a six-liter V12 engine was the first car to feature an Active Suspension System (ABC). It is one of the most expensive and iconic Mercedes models with its features and design. Its price is estimated to be close to 18,151,500 TL.

Mercedes’s legendary race car CLK LM Starben Version was capable of a maximum speed of 360 km with its 6-liter V8 engine. The car, which made 0-100 in 3 seconds, won almost every championship it participated in. Of course, the price of such a powerful car is not normal. In addition to being legendary, it is a very different model with its features.

The CLK GTR SuperSport has a 7.3-liter V12 engine. This means 720 horsepower. The car reaches a maximum speed of 340 km and completes the 0-100 interval in 3.6 seconds. Only 35 of this model, which was designed for competition in 1997, were produced in total. When it was produced, it had great success in racing. It also attracted attention with its classic Mercedes Benz logo and design.

The CLK-GTR Roadster, which is an extremely rare model even in the world, has great power like other racing cars. The Roadster is an open-top model, powered by a 604 hp 6.9-liter V12 engine. Completing the 0-100 interval in 3.8 seconds, the car can reach a maximum speed of 320 km. Mercedes race cars, which have achieved great success in the races of the time they were produced, are now sold at very high prices.

Uele Anliker, a Swiss businessman, created a supermodel that he equipped himself with awesome equipment. The model named Red Gold Dream is indeed covered in gold. The model has rims, headlights and 24-carat gold inside. This model, which reaches a maximum speed of 340 km, is known as the most expensive Mercedes Benz model with the modifications made by the businessman.

Now let’s get to other fascinating concept cars whose prices are not quite known:

There is no clear statement about the Mercedes Benz Biome price. The completely organic car is produced from Bio Fibre. It uses solar energy and biofuels as fuel. A concept produced for show purposes was exhibited at fairs in 2010. The curb weight of the car is 394 kg and it is for 4 people. Biome, a very special car from its engine to its fuel and even its design, maybe on the road in the future.

This model, which was produced for show purposes, which has achieved great acclaim, is a homage to the iconic W 125 model of 1937. Silver Arrow, a single-seat car, is a performance monster. It is an electric model and has a power of 750 hp. It can go about 430 km at a time. The air panels outside the vehicle help to cool the battery. This model was particularly popular among car collectors.

If you watched the video above, you may have looked at one of the family cars of the future. Vision Tokyo, a driverless model, feels like you are traveling in a room of your home. There is a hologram in the middle of the seats inside the model. Here you can control all the features of the vehicle. Electric 190 can travel up to 790 km on hydrogen fuel. Welcome to the future.

Mercedes Benz produced this concept model to shed light on the future design of A-Class cars. This design language, which uses fewer lines, offers clearer and sharper lines. Mercedes himself used the phrase “rejuvenated” for this design. In a way, it’s just a show car designed to express the design language the firm will use in the future.

There is absolutely no one who does not want, like, and dreams of this car. This model, which is full of eyes while looking at it, has great exterior design and wonderful and simple interior design. The performance of the model is just as good. The car with an electric motor is designed as 4X4. It can speed 0-100 and a maximum of 250 km in 3.5 seconds. It’s a concept model, but we want to see it on the road in the future.

Mercedes Benz designed this concept model in order to explain the breakthroughs and design lines it will make in electric cars. The car can travel a maximum of 400 km. This makes it not very suitable for the long journey. However, it can still travel 100 km with 10 minutes of charging. When you take a break, you can gain a distance of almost 100 km.

AVTR without a steering wheel, the most striking automobile concept of recent years, has been inspired by James Cameron’s Avatar movies as moviegoers will realize. Although it is not known that it will be used in films, the design concept suggested by the car winking at the standards that are perhaps a century ahead of today. AVTR seems to make a name for itself for many years to come.

This is the most expensive cars that are at the top of the Mercedes Benz price list and bring the future to the present. From cars produced in the 90s with a value of $ 10 million to cars of the future, it is still one of the most powerful car manufacturers. So what are your favorites on the list? We welcome your comments. 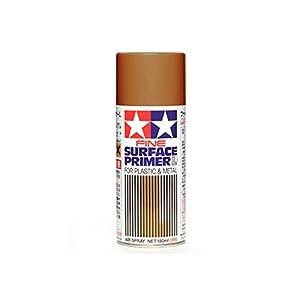 Brand: Tamiya
$24.14
Made by Tamiya; Tamiya is a United States based company; parts are sourced from Global producers Tamiya part number 87160
Add to wishlist
Add to cart
Quick view 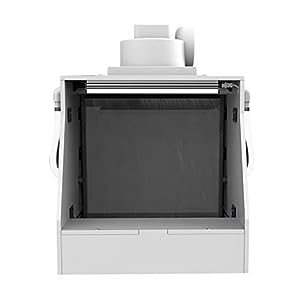 Brand: ETE ETMATE
$109.99
❤【Circulating Waterfall】: This is our original creation, the non-stop circulating water waterfall can effectively dissolve the paint in the air in water so as to better reduce the harm of paint to your body. Oil-based paint used in spraying toy models is more harmful to humans than water-based paint. So our products can help toy model lovers very well. ❤【40W Fan】: Compared with the 25w power of other homes, 40 watts of power, 6.4 cubic meters per minute fan suction speed can better suck the paint in the air. ❤【3 Booth Filter】: The product comes with 3 high-quality Booth Filters, which have a good adsorption effect. Instead of Filter, you can use it longer.
Add to wishlist
Add to cart
Quick view 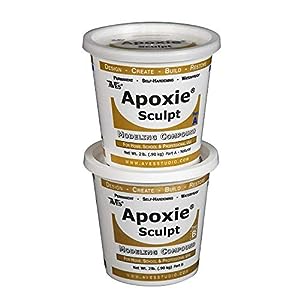 Brand: Aves
$44.95
PERFECT FOR YOUR NEXT PROJECT - Apoxie Sculpt combines the features and benefits of sculpting clay with the adhesive power of epoxy! Perfect for your next cosplay, craft project, or home décor! NO BAKING - Unlike traditional modeling clay, Apoxie Sculpt cures hard in 24 hours with a semi-gloss finish, making it perfect for additions to costumes or crafts that are too large or delicate for the oven. STRONG ADHESIVE POWER - Because it adheres to nearly any surface, it's great for sculpting, embellishing, bonding, and filling almost any project!
Add to wishlist
Add to cart
Quick view 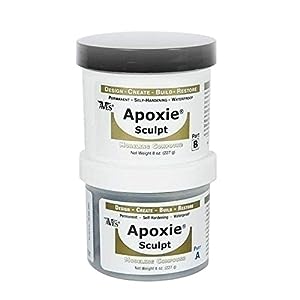 Brand: Aves
$24.95
PERFECT FOR YOUR NEXT PROJECT - Apoxie Sculpt combines the features and benefits of sculpting clay with the adhesive power of epoxy! Perfect for your next cosplay, craft project, or home décor! NO BAKING - Unlike traditional modeling clay, Apoxie Sculpt cures hard in 24 hours with a semi-gloss finish, making it perfect for additions to costumes or crafts that are too large or delicate for the oven. STRONG ADHESIVE POWER - Because it adheres to nearly any surface, it's great for sculpting, embellishing, bonding, and filling almost any project!
Add to wishlist
Add to cart
Quick view 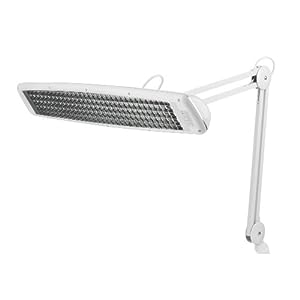 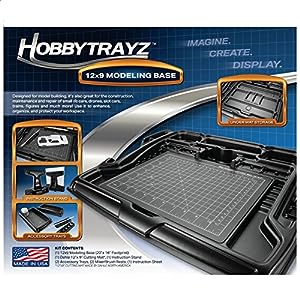 Brand: HobbyTrayz
$49.95
Make sure this fitsby entering your model number. Made in the USA! 12"x9" Modeling base (20"x16" Footprint).
Add to wishlist
Add to cart
Quick view 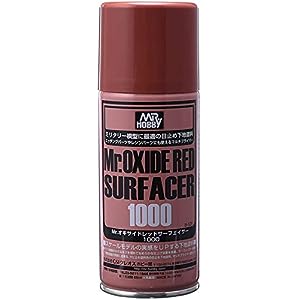 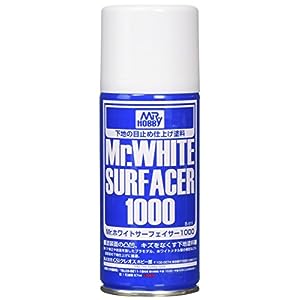 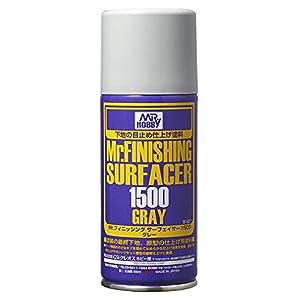 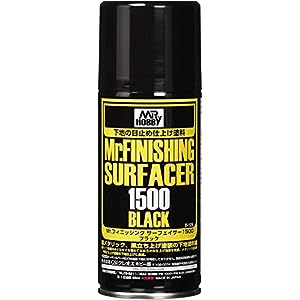 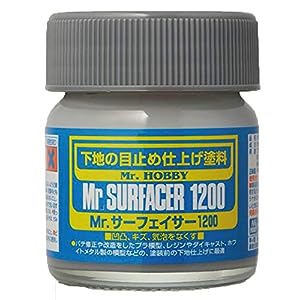 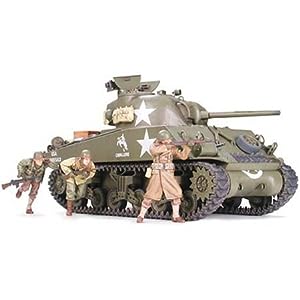 Hello there; How would you like to take a look at our Technological Gadgets Youtube channel? If New Technologies interests you, our channel is for you.